After a long time I could finally publish my book 73 &

.
O.K. it is rather something for Trekkies and Sheldon fans. But who likes

I found some “similarities” between the number 73, ,Spock, Leonard Nimoy and Star Trek ?

I received the message from Amazon that 73 and

When I was an 8 or 9-year-old boy, my sister and I used to watch Star Trek (known in Germany as Raumschiff Enterprise) a great deal. At the beginning, we always wondered which part of outer space the Enterprise came from. Our favorite episode was the 15th in the second season, titled The Trouble with Tribbles („Kennen Sie Tribbles?“). The tribbles were cute. Once, when there was a carnival at the time I was in the third or fourth grade of primary school, I was dressed up as Mr. Spock. My mother made his ears from cardboard and stapled a kind of loop on the reverse of each so that I could wear them over my own. Surprisingly my schoolmates thought that they were stapled directly to my own ears and asked me if they hurt. That was fun. Unfortunately, De Forrest Kelly died in 1999.[1] I really wanted to hear Bones (Pille in German) say, “He´s dead, Jim.”

A few years later I watched an episode of The Big Bang Theory. It was episode 10 (The Alien Parasite Hypothesis) from season 4. Sheldon Cooper explains why the number 73 is the best ever. This was fascinating for me because I like those mind experiments (recalls Illuminatus![2]).
I will now show you what I found.

Are Leonard Nimoy, Spock, Star Trek and Pi connected through the number 73?
Perhaps Stephen William Hawking should have a look at this data; it could help him to find “The Theory of Everything”.

book for her husband Adam Nimoy (Leonard Nimoy’s son). I should even write a dedication for Adam in it. That was quite an experience. 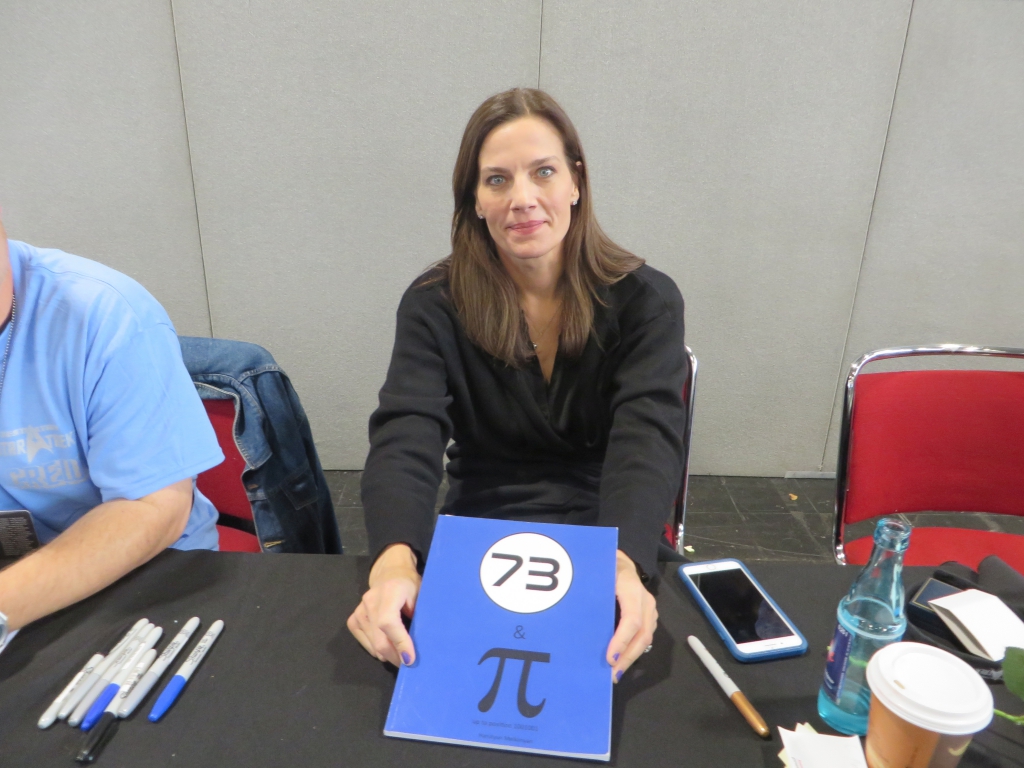